How To Succeed as a Change Agent

Connor Beaton has some pretty strong opinions about men. “My biggest passion is to help people (1) live a life of purpose, (2) help people uncover their gifts and (3) find self-fulfillment,” says Connor.

As the founder of Man Talks, a monthly discussion forum aimed at men that has attracted a huge following, Connor says, “I organized the group to address the question ‘What are the biggest problems of men?’ I also wanted to help men figure out how to better husbands, fathers & providers.” Man Talks has definitely stumbled upon something. Recent studies show that men are confused by their role in modern society, particularly with the advancement of women in the workforce and shifting gender roles.

There was a time when men were expected to open doors for women, pay the restaurant bill and give up their seat on a bus or a train. Not anymore. Women now open their own doors, pay for their own meals and stay standing, except that they do still appreciate the occasional chivalrous gesture. Which leaves men… scratching their heads wondering what (or what not) to do, especially now that women have become breadwinners in many households and become financially independent. Enter Man Talks. Connor says “Men have been trying to live up to society’s norms & expectations, which is to be stoic, not show emotions and take care of everyone else. I wanted men to take be able to a step back, reflect and have real conversations around this and establish a brotherhood.”

Connor started Man Talks in 2014. Like any social enterprise, he wanted to make a living doing something purposeful while helping people along the way. Connor doesn’t just put speakers on a stage, though. That would have him indistinguishable from the thousands of self-improvement Meetup organizers trying to make a buck doing the same thing. He is serious about spreading a message of awareness, which is why he’s partnered with Movember (which is a men’s movement aimed at bringing awareness about prostate cancer for those of you who are not familiar with this) and organized a CHANGE HEROES campaign in Ethiopia.

Connor wasn’t always an influencer or change agent, though, and shares his unspectacular origins. “I flunked out of high school” says Connor “and worked at a gravel pit. That’s how I learned that I hated construction.” So Connor did what any failed construction worker would do: he pursued a career singing opera, which became a passion for a few years. “I did the starving artist thing,” says Connor “and traveled extensively throughout Europe singing opera. Once I was done with that, I had to step back and reflect. Although my life looked cool on paper, I had become depressed.”

So Connor did some journaling and reflecting and read a lot of books, which included Freud sprinkled with a bit of Quantum Mechanics. He ended up reinventing himself by getting a job as a sales manager at Apple and being part of the ‘normal’ crowd of regular wage-earners. He also dabbled in photography and started a photography business. But Connor continued to ask questions internally, though, as he didn’t feel complete. Connor became fascinated with human potential and how people can live full lives and have an impact on the world. And so the idea for Man Talks came about and marked the beginning of his career as a thought-leader.

Connor says “the problem of this generation is that they don’t know what their purpose is and don’t know what problem to choose. So they end up following someone else’s volition.” – Great insights from someone who has made the journey inward and come back to help everyone else with theirs. Connor Beaton will be on the stage of TEDxStanleyPark on May 28, 2016 to talk about what’s “Behind the Man Mask”. 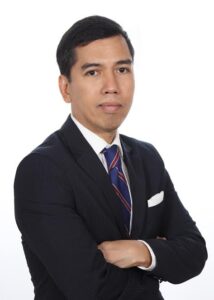